Next article
Why you should Hire Shopify Developer?

For most of you people building an online store feels like you are drowning in a never-ending to-do list. Business owners are often found exhausted...

Why Laravel is Best PHP Framework for Web Development 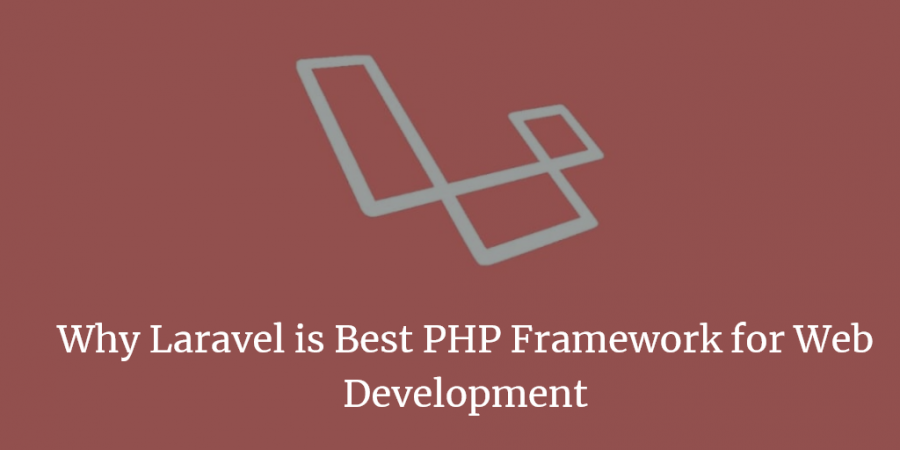 Deciding upon the right PHP development framework can be daunting at times especially from Codeigniter to Laravel, Symfony, CakePHP, Yii, Zend, Slim. Yet, over a couple of years, Laravel has figured out how to grab the top spot on the rundown of the top PHP MVC frameworks. So here we are with an interesting piece on why the tech is the best PHP framework used for web development.

With 60.2K stars on GitHub, the PHP development framework is being used by several top brands, for example – Deltanet Travel, Rocket Rubbers, LaravelIO, Cachet, Asgard CMS, etc. However, this isn’t enough to justify why Laravel is thriving and why one cannot afford missing it.

Being an open-source PHP framework, Laravel comprises a wide range of stunning features to build web apps. Take a quick look at them below:

So, is it frontend or backend? Of course, backend. Mainly being used to build full-stack apps, meaning apps, Laravel is a server-side PHP framework. With such a backend, crucial features such as user accounts, exports, order management and so more can be added seamlessly.

Laravel programmers in India can easily access object-oriented libraries and also can use pre-installed ones. One of the most interesting aspects of this feature is particular is that these libraries are exclusively found in Laravel which means not CodeIgniter, not Zend, not Yii, and not in any other popular PHP frameworks. Which means its implementation can be done in a very seamless manner. Right from checking active users to resetting passwords, hashing, encryption, Cross-site Request Forgery Protection, etc are some of the exceptionally advanced features offered by these OO libraries.

With support of MVC architecture along with documentation, This keeps Laravel clean with multiple built-in functions. Here you get to explore a clear view between logic and presentation as well as the overall performance is improved. It may interest you to know that one of the biggest advantages of using this framework is that it follows MVC architectural pattern; i.e Model, view, controller. This surely results in better documentation.

Another interesting aspect here is Laravel development offers built-in support for cloud storage like Amazon S3 and Rackspace cloud storage along with local storage. Here API doesn’t change, it remains the same so it becomes extremely easy for a Laravel developer to switch between these storage options. Just like we conduct things in a distributed environment, Programmers can make use of all the three applications to serve files from multiple locations.

In simple words, the blade templating engine can be considered as an in-built templating engine that combines one or more bunch of templates with a specific data model to produce resulting views. This engine also provide control structures like conditional statements and loops internally mapped to their PHP counterparts.

The authentication techniques in Laravel are extremely simple but most of the things are configured in an extraordinary manner. Controlling access to resources and authorizing logic organization can be easily done.

Here owners can easily ensure that the users are the ones who they claim to be. Thus leads to prevent unauthorized users from gaining access to secured/paid resources. Laravel makes implementing authentication extremely simple. Here almost everything is configured out-of-the-box. The tech provides a simple way when it comes to organizing authorized logic and controlling access to resources.

The built-in tool is created in such a way where a command-line is created to interact with the framework and handle the Laravel project environment in a flawless manner. Artisan is a built-tool mainly used for command-line operations. This tool mainly used to publish package assets, manage database migrations, seed, and generate boilerplate codes for new controllers, models, and migrations also allow developers to perform the redundant programming tasks which programmers avoid doing manually.

With the help of artisan, Laravel experts can easily create an appropriate code skeleton. In addition, the functionality of this command line can be enhanced by implementing new custom commands.

Automated Discovery of the Package

This feature of Laravel development in particular automatically detects the pages that users might wish to install. This allows users to install necessary packages without any hassle. In case, if not required Laravel programmers can even disable this feature whenever they want.

With the introduction of Laravel 5.0, the scheduler came into existence. With this feature developers can schedule programs which will be execute task periodically. Task scheduling depends on cron daemon to run the job, which further then executes the task.

Any one who is in web development knows about caching and how important it it. What happens here is a provision of unified API is given for different caching systems making it extremely simple for the user to switch out the drivers. Cache configuration can be viewed at config/cache.php. One of the finest caching backends supported by Laravel development includes Memcached and Redis.

Database migration which can be done with just a few clicks. You can do it by keeping all the database work in migration and seeds. With that, one can easily migrate the changes into any other development machine you wish to migrate to.

Database migrations allows you to:

Security is one of the high end feature of Laravel framework with salted and hashed passwords. Password will never be saved like a plain & simple text in the database. Bcrypt hashing algorithm is used for creating encrypted password. In Laravel a developer can use predefined SQL statements which eliminate injection attacks. Laravel also provide a way to avoid injection of <script> tag.

Laravel is one of the most used PHP framework and with it’s compelling high end features it will keep luring web development companies to go for Laravel. In addition, what makes it more approachable and understandable by all its users is the extensive community support is provided for them. It is, therefore, not a big problem finding reliable and highly-skilled Laravel developers to work on this framework. Feel free to contact us for any Laravel Development.