As the smart phone has become the major device for business communications, it has become equally important for developers to determine some of the methodologies... 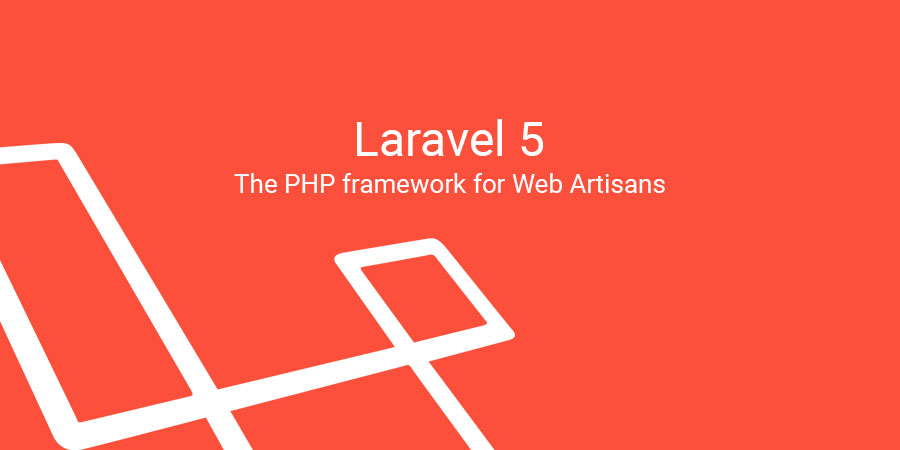 Laravel is an open source and free web framework that is built and is meant for the development of web applications that adhere to the MVC or model-view-controller architectural pattern.

Laravel is a free and open source PHP web framework built by Taylor Otwell and meant for developing web apps adhering the model-view-controller or MVC architectural pattern. Some Laravel features are modular packaging system that has a dedicated dependency manager, various ways to access relational databases, utilities that help in app deployment and maintenance and orientation towards syntactic sugar.

As of March 2015, the PHP framework is considered as one of the most popular PHP frameworks around. Its source code is hosted in GitHub and is under license of MIT License.

Laravel framework is the best framework for building any kind of web application with PHP. It has really cool documentation website, a great community and the best video tutorials. It comes with many out-of-the-box resources, a cool router, swift mailer for mailing, eloquent for model repositories, system for creating migrations, blade engine for templates, a cache component to cache everything one wants, monolog logger and more. The framework has few system requirements. Definitely, all the requirements are satisfied by the Laravel Homestead virtual machine, thus it is highly recommended to use Homestead as the local Laravel development environment.

BENEFITS OF USING THE LARAVEL FRAMEWORK

There are indeed big reasons why Laravel shines as a PHP framework. Check out the following.

1. ARTISAN. A developer usually has to interact with Laravel using a command line that makes and handles project environment. The framework provides a built-in tool for command-line names the Artisan. The tool enables developers to perform majority of the repetitive and tedious programming jobs that most developers avoid to manually do. Artisan could be used in creating a skeleton code, database structure and create their migration which makes managing the database system very easy. Moreover, it could be engaged to generate the basic MVC files immediately via the command-line and manage assets and their respective configurations.

2. TEMPLATE ENGINE. It has built-in lightweight templates wherein one could build amazing layouts with dynamic content seeding. It has a lot of widgets such as CSS code and JS with robust structures. The templates of the framework are designed to create a simple layout with various sections.

3. MODULAR. Laravel is built on over 20 different libraries and itself is divided into individual modules. It adopts the modern PHP principles, where developers could build responsive, modular a handy web applications.

4. ELOQUENT ORM OR OBJECT-ORIENTED MAPPING. It includes a simple PHP ActiveRecord implementation that allows a developer to issue database queries with PHP syntax rather than writing SQL code. Each table in the database possesses a corresponding model via develop interacts with the said table.

5. MVC ARCHITECTURE SUPPORT. The framework follows the MVC pattern, making sure of clarity between presentation and logic. The architecture helps boost the performance, enables better documentation and has numerous built-in functionalities.

6. LIBRARIES. It has object-oriented libraries and a lot of other pre-installed libraries that are not found in any other popular frameworks of PHP. The Authentication library is one of the pre-installed library. While it’s easy to implement, it has more advanced features, like checking active users, Berypt hashing, password reset, cross-site request forgery protection and encryption.

7. UNIT TESTING. A lot of programmers love Laravel because of how it facilitates unit testing. It runs hundreds of tests to make sure that new changes made by developers do not break anything in the app unexpectedly. In general, Laravel is considered to have some of the most stable releases since it is careful of the known failures. Moreover, it also makes it easy to write unit-tests for own code.

8. SECURITY. While developing an app, each one has to use some or the other ways of making the app secure. The framework takes care of security within it. It uses hashed and salted password, meaning that the password will never save as the plain text in database. It uses Bcrypt hasing algorithm to generate password encrypted representation. It uses prepared SQL statements that make injection attacks unimaginable. Along with this, it also offers a simple way of escaping user input to refrain from using a user injection of tag.

9. MIGRATION SYSTEM FOR DATABASES. In the framework, Migration helps expand the structure of the app with no need to re-create it each time changes are made. Laravel Migration not just provides facility to change the database structure, but also allows using PHP code instead of SQL.

All the amazing benefits of using Laravel help in fast and easy development of web apps. This kind of framework mostly is beneficial in enterprise app development. It’s a promising framework with a bright future ahead in development.

Laravel could simultaneously make one a better programmer and makes it simpler to write code. It could make coding more enjoyable and productive.