Next article
How to Integrate Simple Video Call and Voice Chat Functionality with WebRTC, Socket.IO & Node.js?

Overview We’re going to learn how you can integrate simple video call and voice chat functionality in your website with WebRTC, Socket.IO & Node.js. WebRTC...

Angular vs React – Difference with Developer and Development Perspective 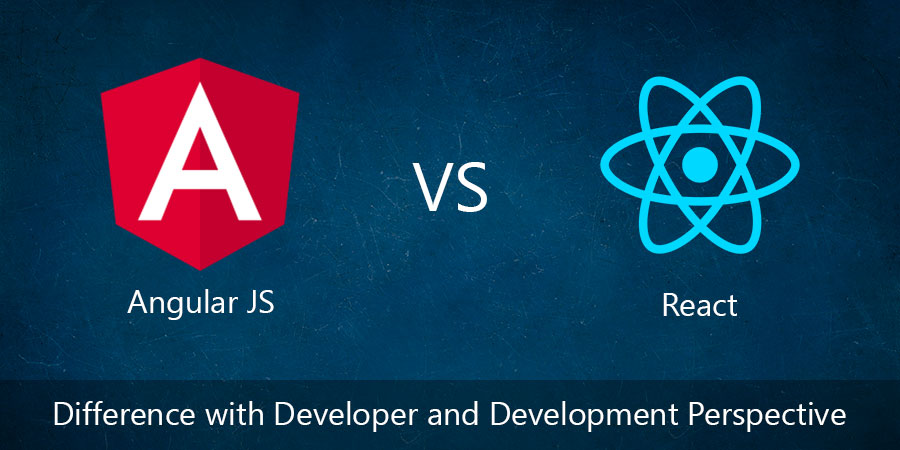 There is no matter of comparing AngularJS with React, because you cannot compare these are two different smart choice for front-end web development. Developers have their own area of interest based on different parameters of development that we will see in this Article.

Sometimes people says comparing Angular with react is like comparing Apple with Orange and that true I think.

Interest of developers from different countries

Following are few note about Angular4 and React –

Angular
Angular (or Angular2+) is Google’s baby and has been around since a couple of years through its predecessor, AngularJS is 7 years old. Angular is managed by Google Inc., and Google AdWords and Google Fiber are using it. Google is counting big on Angular development, which is evident as AdWords is one of their key projects and is unlikely to disappear anytime soon.

React
React is originally developed and still maintained by Facebook Inc. React is in use in Facebook’s own products, like Instagram and WhatsApp. It has been around for five years now, so it is getting matured. On GitHub, React is one of the most popular projects, having almost 75,000 stars.

Angular
Angular gels very well in the modern Web 2.0 world with a rich set of features out of the box. Some of the standard features are:

With all the above features provided at the core, it is highly convenient as you can save your time from searching for the libraries. However, there’s a flip side as well that you’re stuck with a few of them, even if you don’t need them. And replacing them will usually incur additional effort.

Not much. And this can be a good thing. With the limited out of box features, you have the freedom to choose whatever additional libraries to add, based on your needs. The flip side is that you will have to be aware of libraries to make those choices yourself.

React
As a React architect, you would go further in thinking and could consider additional libraries from React: JSX, Flow, and Redux.

JSX is not so well sought of by developers’ community: Few enjoy it, whereas others think, it’s a huge step back. React broke the tradition of following a classical approach of separating mark-up and logic, instead has combined them within components using an XML-like language that allows you to write mark-up directly in your JavaScript code.
Example:

TypeScript is developed by Microsoft and is a new language built on top of. It’s actually a superset of JavaScript ES2015 constitutes the features from newer versions of the language. Typescript also features an extremely powerful typing system that can statically analyse your code by using a combination of annotations and type inference.
Example:

Putting it Into Context

Each framework has its own set of capabilities and features, both with their good and bad sides. But this comparative analysis has been done outside of any particular context and thus doesn’t provide a precise answer to the decision framework between the two choices.

To choose between the two, you’ll need to review it from a perspective of your project. There is no common thumb rule and you’ll need to do it your own.

To begin with, try answering the questions about your project and when you do, match the answers against what you’ve learned about the two frameworks. This list may not be complete, but can be a good starting point:

If you’re initiating a big project and you want to minimize the risk of bad choices, it’s better to consider creating a proof-of-concept product first. You can cherry-pick some of the most prominent features of the projects and try to implement them in a simplistic manner using one of the frameworks.