Elastic Beanstalk (EB) is a Platform as a Service (PaaS) that streamlines the setup, deployment, and maintenance of your app on Amazon AWS. It’s a... 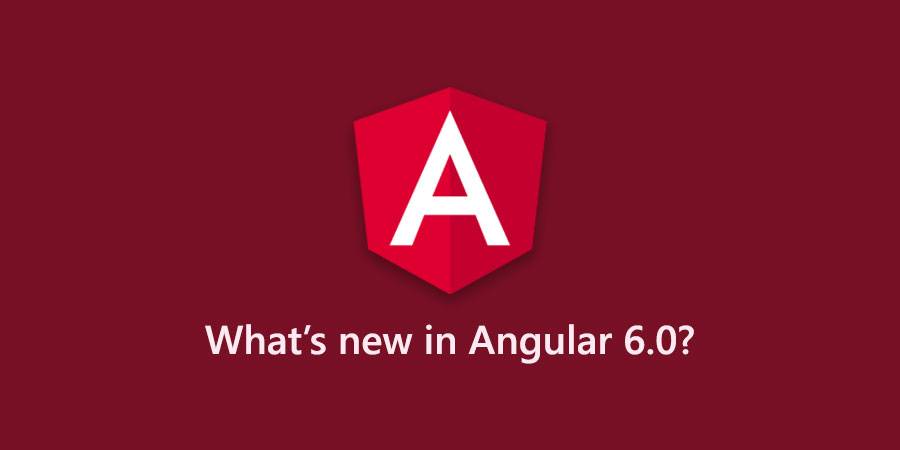 Angular has come out with some amazing new features in version 6.0, especially in Angular-CLI. This is a major release focused more on the toolchain. Now, with Angular 6, you can easily update old packages, create native web elements using Angular Elements, and many other things.

Some Notable Features in Angular 6.0.0

1. Ng Add:
This new command of Angular-CLI built on top of schematics and the NPM registry to helps you install and download new packages in angular apps (same as NPM, but it doesn’t replace it).Ng add will use package manager to download new dependencies and invoke an installation script which can update project with configuration changes, add additional dependencies (e.g. polyfills), or scaffold package-specific initialization code.Examples –

3. Angular Elements
With this new feature, now we are able to render Angular elements as native web elements, and they’re interpreted as trusted HTML elements.Example Steps –

4. Angular Material
Once we add material (ng add @angular/material) to project, we will able to generate three new starter components.

7. Animations Performance Improvements
No polyfills needed as implementation of Animations are updated, which reduce the application bundle size.

8. Updated to use RxJS v6
This version of Angular has been updated to use v6 of RxJS. So now we can use several major changes released in latest RxJS, along with a backwards compatibility package rxjs-compat that will keep applications working.AngularJS development company with the set of updates in Angular 6 can bestow their clients the functionalities that were complex earlier or somehow affecting the performance speed, but now it is improvised.Time is not back, Angular 7 is soon expected to come up with exciting updates that will to much extent meet the expectations of angular js developers.