Selecting the most appropriate technology may hasten the product's arrival on the market. It also provides the type of efficiency and customer engagement that modern... 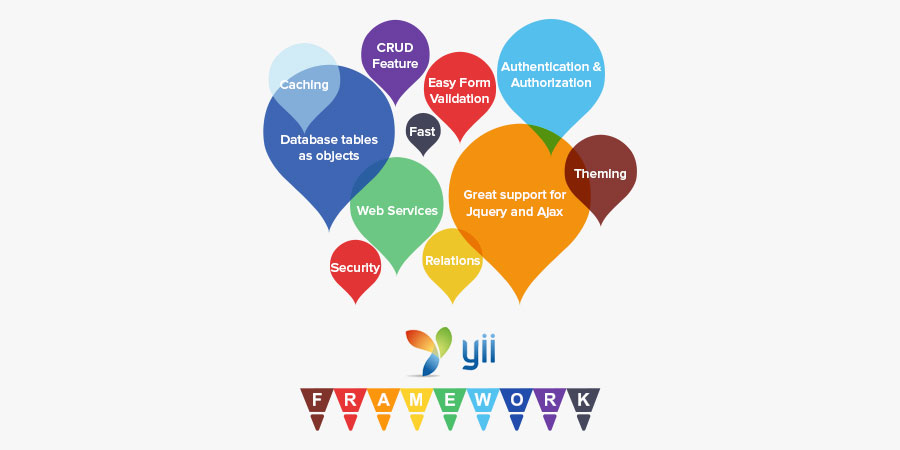 Choosing the best framework for your project is quite difficult as there are tons of frameworks available. Every framework has its advantages, disadvantages, and features. Making projects without a framework is a very tough job. Frameworks make your work much easier and give you some additional features and security.

So in this article, we are going to cover the basic overview of Yii framework development which can help you select a framework for your next project.

The name Yii is an acronym for “Yes It Is”. For your every question the answer will be yes it is. It enables maximum reusability. Yii is a high performance and component-based framework. It is a free and open source. It is a pure OOP framework. It works on MVC (model-view-controller) structure. To run Yii2 you need a web server that supports PHP 5.4.0.

In October 2006 after 10 months of development, the first version of Yii was released followed by 1.00 in December 2008.

In May 2011 developers decided to use new PHP versions and fix architectural issues. Version 2.0 was made in the same month.

There are many features of Yii so it is used mainly there are the following features:

You can find Yii source code from the repository:

In poorly made form the user can enter malicious JavaScript in the form and it will appear on the page but in Yii, it checks for all malicious code entered and blocks those codes from entering to a website. This justification is done by CHtmlPurifier in Yii.

Yii has cookie validation methods which block cookies from modified by harmful persons. And for this reason, people chose Yii for Business.

You can make a relation between tables by a single line of code. It supports AJAX and jQuery so that we can avoid reloading a particular page. It uses caching which reduces the loading time. It provides error handling. It has great error handling methods which handle all warnings.

Yii is professional because it is based on MVC which clearly separates logic and presentation. It allows developers to formulate reusable code.

Yii framework is a great choice if you are developing a website with structured design Yii makes it easy by MVC. Your website speed will also fast as Yii is high performance. And it provides full security. And if you are good in OOPs concept then you can learn Yii very fast.

PHP vs Python: An In-Depth Comparison

How to Make a Simple Chat Application using PHP Websocket